It has been almost 12 hours since the news came down that Donald Trump was elected President of the United States.

Many of my friends and I are wondering how the hell that happened!

How could the polls be so very wrong?

How could a candidate who presented himself as so vile be put in the country’s highest office? 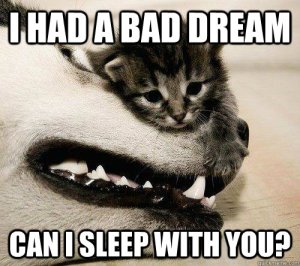 I am a big fan of Nate Silver’s Five-thirty-eight web site, and consider his formulas to be as close to perfect as a poll can get.  But yet, it was horribly wrong.  Silver had predicted that Hillary would win handily with a 70 electoral vote margin, but instead Trump barely squeaked by just over the number of electoral votes needed to clinch.   Clinton lost five states that she had been assured of winning, Pennsylvania, Wisconsin, Michigan, North Carolina and Florida, and that was enough to seal the deal.   The margin in Florida was around 120,000 votes, and it was smaller in Pennsylvania.  In Michigan, the margin was less than 13,000 votes!    These were all swing states!   And Clinton lost them all, along with Ohio (no surprise there) and Iowa (a slight surprise).

As I was listening to the exit polls coming in out of Florida, I felt a bad omen, when the number of women voters for Clinton was substantially less than President Obama received in 2008 and 2012.

Pundits will be talking about this for some time, but I’m going to go out on a limb and say this was a group effort.  The networks were enamored with Donald Trump, and continuously gave him airtime.   CBS Chairman Les Moonves even said that “It may not be good for America, but it’s damn good for CBS”.  He made those comments in April.  And every network followed Trump’s every move, looking for him to slip up and say or do something stupid, to which Trump did not let the media down. 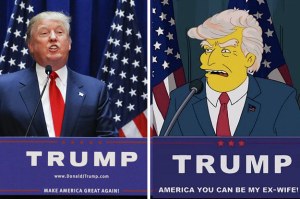 “The Simpsons” predicted this 16 years ago!

Meanwhile, Clinton was portrayed as “crooked”, “a liar” and so forth, and the media did nothing to counter those claims.   I think that may have been the final straw to push the election to Trump.   But there were certainly other factors.   Trump was endorsed by the Ku Klux Klan.  Its not the first time a candidate has been endorsed, but its certainly the first time that such a candidate has won with that endorsement, and not refuted it.  So in a way, Trump gave power to those “angry white men” who felt that (insert ethnicity here) were hurting their way of life.  Trump has legitimized racism.

And I also believe that the “Glass Ceiling” came in to play.  There are still too many people out there that just don’t believe that a woman is capable of leadership.   That number continues to decrease as the years pass, but there are still a lot of believers out there.

And then there is the email server, and FBI Director James Comey.  I’m still baffled that his public “notice” of reopening the investigation into the Clinton emails was not a violation of the Hatch Act.  It was clearly a political move and the timing could not have been worse for Clinton, coming during absentee voting.  Amazingly, the investigation was closed again the Sunday before the general election, but the damage was done.   We may never know how many votes were flipped because of that act.

Even with all that was against Clinton, she still came oh so close to the presidency, winning the popular vote, but losing the electoral college (that has only happened 4 previous times, the last in 2000 when George W Bush won the presidency over Al Gore).

So once again, we have a country that is split.  And it seems to be worse than it was after the 2000 election.  This will be a very difficult time for our country, and somehow we have to heal.  And we have to hope that Donald Trump can handle the office of president.  Our future depends on it.

This site uses Akismet to reduce spam. Learn how your comment data is processed.